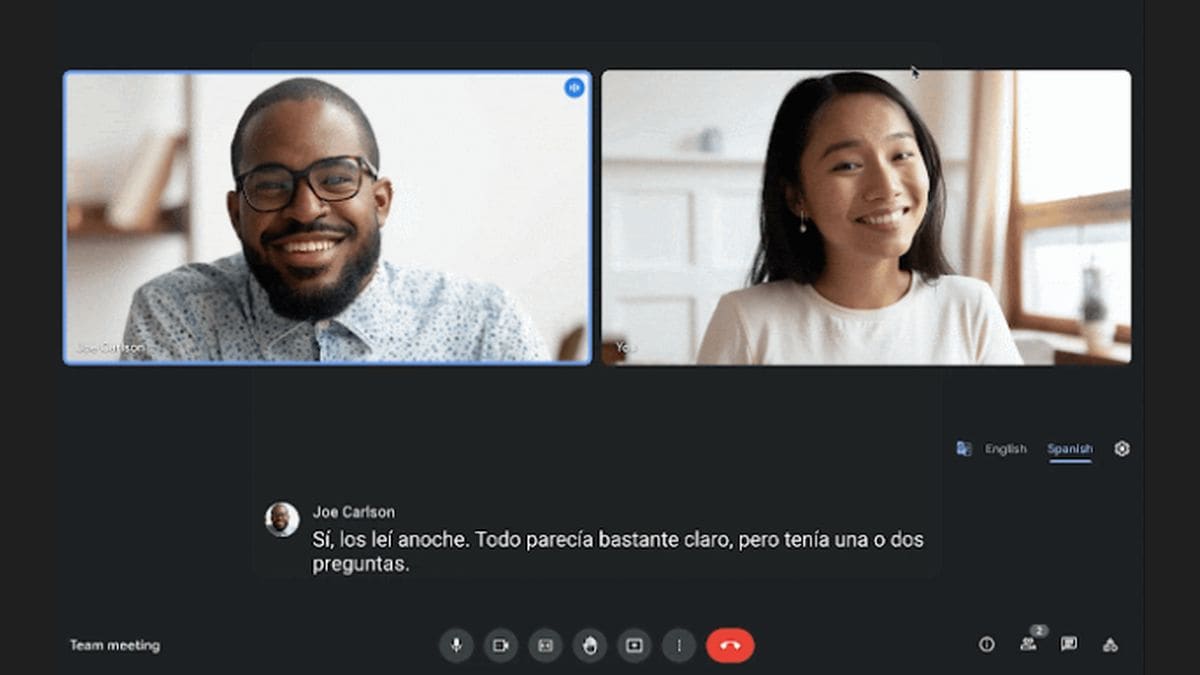 Google announced the rollout of live translated captions in Meet. When the feature is on, the app will automatically translate spoken language into another language, and produce captions on the fly. Initially, the feature only supports English meetings which can be translated to Spanish, French, Portuguese, and German. Google thinks the feature will be most useful in all-hands meetings and training programs with globally distributed teams, as well as educators communicating with students. The feature is currently available in beta, but there's no word on when it will become more widely available.